So we thought we'd do a good old-fashioned strip down of the Grip and run through each part for you. 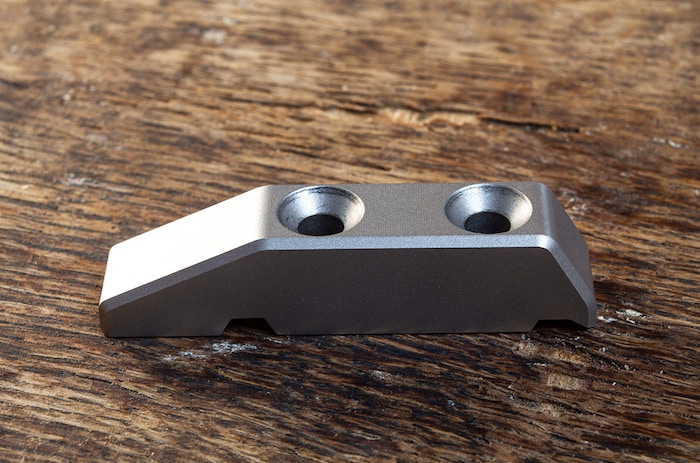 We start with the mighty top jaw. As well as holding the work piece, it also serves as a major structural component giving the handle a lot of its strength and aligning the two rods of the handle, keeping them parallel, which is of vital importance. Machining from a solid bar of stainless steel on a CNC machining centre allows for the formation of perfect and complex geometry. This production method allowed us to incorporate the additional features of the screwdriver area and the bottle opener that would not have been achievable over 90 years ago when the original was produced. 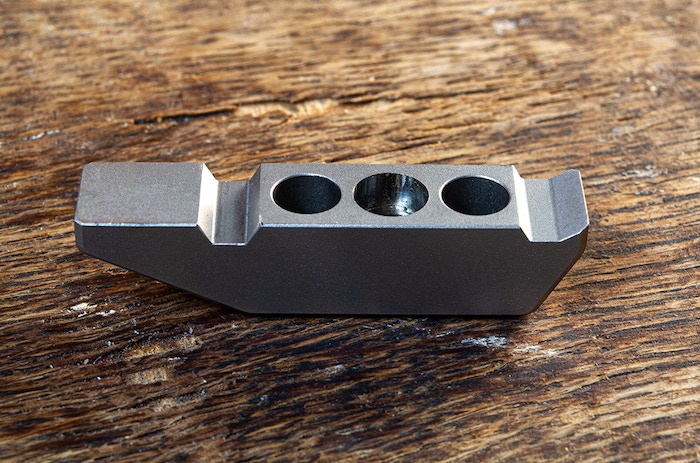 One of three moving parts in the Grip,  also machined from stainless steel, making it corrosion resistant and a light grit blasting gives it a nice shine. We had to have a special tap made to cut the unique thread profile in this part as it is truly unique (taps, for non-engineers out there, are like a drill that forms a screw thread instead of putting a hole in something). 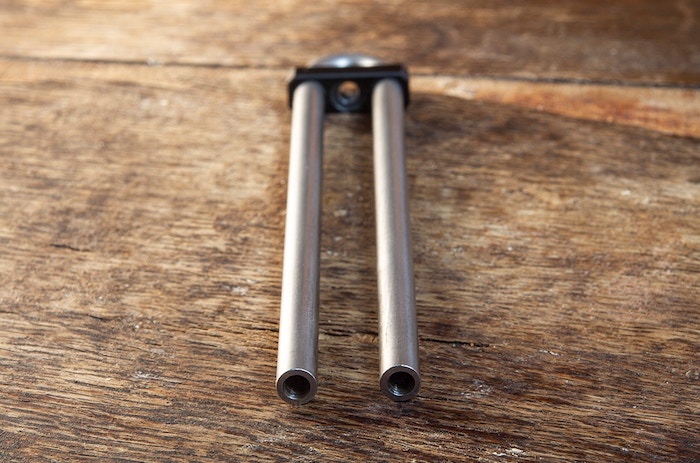 The only part that is not machined out of a block, the handle starts life as a precision ground rod before having the ends machined and threaded, ready to receive the screws and finally being formed into the characteristic U-shape of the Grip. We experimented without creating the U-shape and having separate parallel shafts that terminated into an end piece, however, the strength gained from having a single piece is unparalleled, so if it ain't broke... 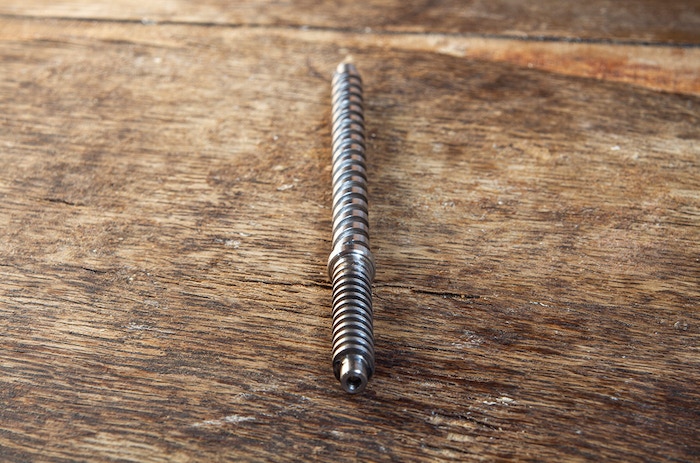 Machined from a single rod, the thread profile is machined using a CNC lathe as this is the only way to get the correct geometry on this, the most complex single component. This part is the only piece of carbon steel in the Grip as it produces a smoother more reliable finish (this is also the component that has now been upgraded with an anti-corrosion layer). The two threads on this piece are opposites of each other and they're fascinating to look at even by itself. 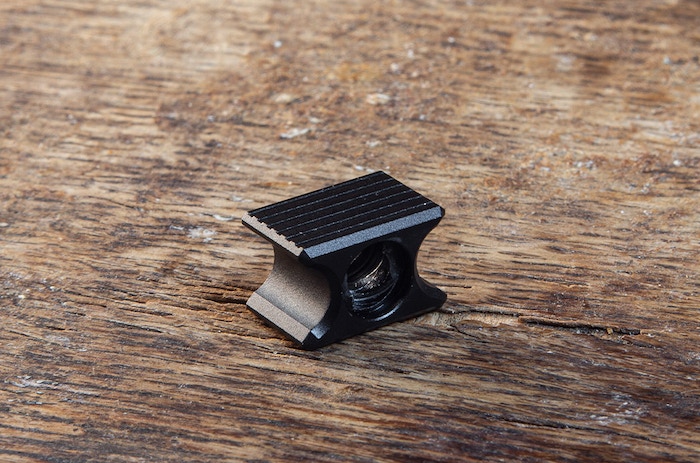 The adjuster. A part that looks simple but has had a lot of thought put into it. We've recently made an improvement by adding a slight texture to it. As it's produced from aluminium, then hard anodised black, it could become a little slippery if used in an oily workshop so it now has a subtle but effective grip texture.

The adjuster also has a custom tap tool to produce the unique helical shape inside to match the drive screw (which differs from the lower jaw).

During the design process, we found that it was best if the adjuster had plenty of movement in it to reduce the amount of force required to move it. This part is all about reducing friction: the more friction, the harder it is to move. Inside the adjuster there are only ever two points of contact in one direction, so you will notice that the adjuster moves freely slightly up and down before the jaws start to open. This is that action taking place, hidden from view.

The adjuster is the part that has been most commonly confused with a plastic component and it is a testament to the quality of the anodising that makes it appear so. We chose aluminum because, again, it was a case of friction: small machining imperfections are difficult to remove on a harder steel and these cause the mechanism to work harder. By using aluminium, the adjuster beds in to the drive-screw for a much more satisfying experience. 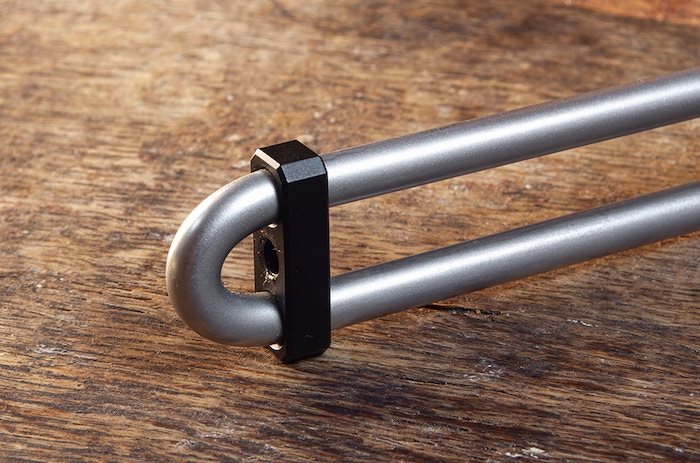 This part is often over looked: the original did not feature it and we think its addition makes for a much more stable product (tieing the handle together, keeping it parallel, and giving a point for fine adjustment to the drivescrew). The terminal is also produced from aluminium and hard anodised and is the only other aluminum part of the Grip. 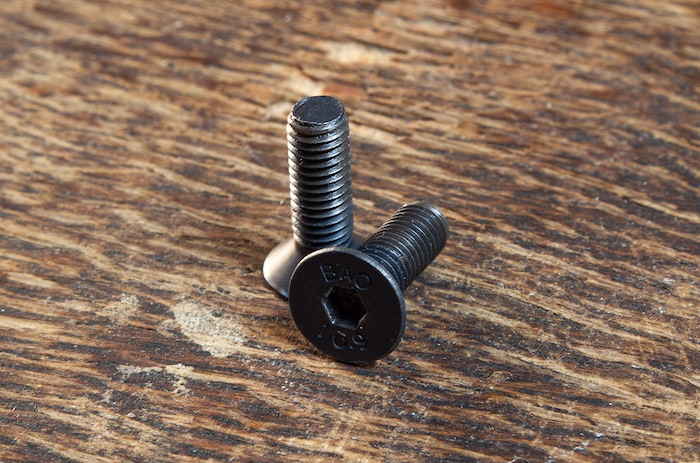 The humble screw, unknown to most there are thousands of different types of screws for different purposes, and they all have a specific purpose. The screws in MetMo Grip are M5 x 15mm with 10mm thread engagement and are class 10.9 with a shear of 5.45kN which roughly equates to being able to withstand 1160kg of force. Unless there's a massive shock load, which is a really bad idea, these screws will be able to withstand some serious punishment! 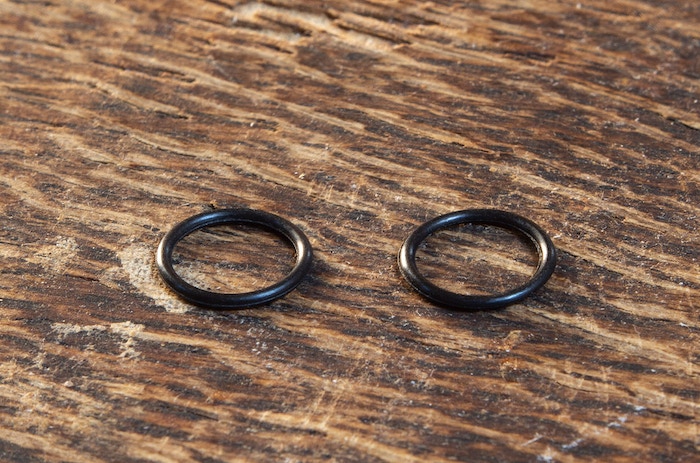 A hidden part that is not immediately apparent. There are two of these little bad boys at the top of the Grip where the top jaw meets the handle. Their purpose is to act as a soft spacer so the top jaw doesn’t hit the lower and cause the locking threads to engage. They're a very small thing but when you're playing around with it, you won’t even notice they are there. The O-rings allow for the one-handed drop adjust that we really enjoy (and hope you will too). 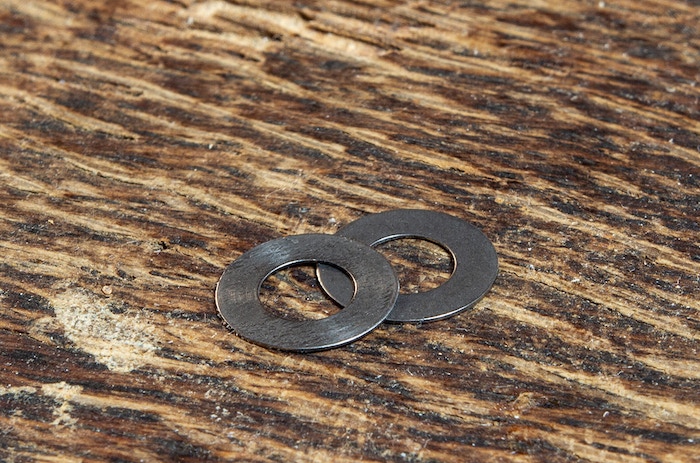 These little guys are 0.2mm thick and are used as a final fine adjustment when we're assembling each Grip. These remove any linear play with the shaft and ensure all of those precisely calculated tolerances aren't going to waste.

If you've stuck with this, well done, you are now a Grip expert and when you dismantle your Grip, you'll know what each part is in excruciating detail! 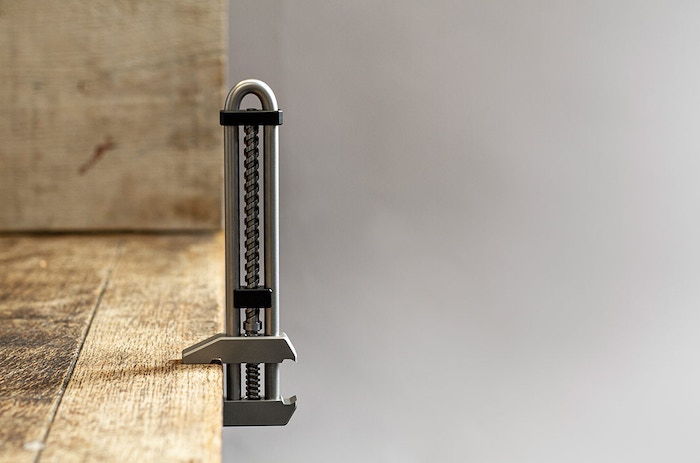 I hope you’ve enjoyed this rundown of the parts of the Grip. It's been a fun place to go into the extra detail that the campaign page doesn't much allow for. As always, if you have any questions, I’m happy to help out, just leave a comment or send me a message.

Peg and the team